Gwalior is one of the oldest city of central India and is known for its cultural and heritage in Madhya Pradesh. For a long time Gwalior served as a land for Saints, Artists and Heroes. Architecture and music of Gwalior is well known around the world.

Gwalior was established by Kacchwa King Suraj Sen way back in 5th century in respect of the Saint Named Galav who cured him of leprosy. By the Saints order the King established Gwalior Fort and few lakes on Gopa Gir Mountain where today’s fort is standing. Various writers of the past named the mountain as “Gopagir”, “Govardhan” and “Gopanchal” .Babar called this fort as the “Pearl in the neck-less of fortress of India “. Gwalior fort was also called Gibraltar of India. As no one can persuade Europe without winning Gibraltar, in the same way South India is unreachable without passing through Gwalior Fort. During the Tomar Era many architectural constructions did here in which Maan mandir and Gujri mahal are noteworthy. Even today the Gwalior Fort is standing with his splendour and glory.

As far as music in concerned very few peoples knows that Dhrupad version of Indian Classical music was originated by Maharaja Mansingh Tomar.”Mian Tansen” and “Beju Bawra” are very renown musicians of the country followed by Gwalior Gharana (Ustaad Amjad Ali Khan belongs to Gwalior Gharana). Tansen music festival is one of the oldest music festival organised in India
During the Scindia rule new city called Lashkar was developed which is now the busiest commercial place of Gwalior City. Jai Vilas Palace, Moti Mahal, Gwalior Light Railway and Gwalior Trade fair have its importance these days too.

Gwalior is not only rich in arts, architecture and heritage as economic point of view Gwalior is advanced from the past. Abul Fazal wrote in his book” Aine – Akbari” that Gwalior was the hub of mining, metal and stone industry. When akbar constructed Fatehpur Sikri the sculptress were called from Gwalior itself. Gwalior got its first train as Gwalior Light Railway in 1905 and this project was started to give peoples jobs when they were facing severe drought of the century. Before freedom many industries were set up in Gwalior in which Gwalior leather factory ,Gwalior Potteries and Gwalior Engineering works were established in 1912, East India Carpet factory in 1920 , DRDE in 1925 , Imperial match company in 1933 , cement factory ,Cimmco birla ltd, Gwalior rayons (Later called Gwalior suitings), JC Mills(Jayaji Rao cotton Mills) are famous. Gwalior trade fair started in 1905 is also one of the oldest trade fairs of the country
Gwalior is also known as educational and medical hub for the region.Only few peoples knows that the worlds oldest Zero (0) in written is chaturbhuj temple of gwalior . Before freedom Gwalior has its own medical and engineering college.Right now Gwalior has 5 universities including university of physical education, music and fine arts , agriculture university and in coming years 3 more universities are going to be established. 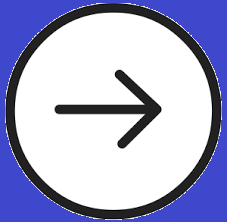